Actual production of the SWF INDIA Hoists started in Pune in 1969 but because of restrictions imposed by the Government of India, the technical collaboration agreement with SWF Germany could not be renewed beyond ten years. CHPL, in the meantime, had increased its product range through its in-house research and development of designs, with the result that most of the components, parts and accessories of the German SWF Hoists became interchangeable with similar models of SWF INDIA Hoists which were re-named as SWIFT, to reiterate their 'Indianization'.

In the year 1980, CHPL set up a second factory in Satara, for the production of E.O.T. Cranes, based on its own in-house designs. Thus, as of today, CHPL has two up-to-date factories in the state of Maharashtra. The first being in Gultekdi, Pune where its Works are well equipped with up to-date machine shop and testing facilities for the manufacture of SWIFT Wire Rope Hoists up to 20 T capacity and the second, in the MIDC Industrial Estate of Satara, which is well equipped with up-to-date fabrication and allied machinery for manufacturing E.O.T.H.O.T. as well as Under slung and Jib Cranes, of varying capacities up to a 100 tons & beyond. 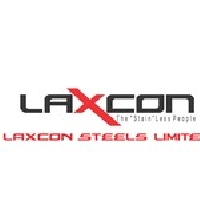