For many decades, Dutron Group is rated as one of the most renowned manufacturers of plastic pipe systems in India. Starting our operations as a modest plastic pipe manufacturing facility in 1962 in Ahmedabad, we went on to create the first specimens of PVC Suction Hoses in India nine years later in 1971 with technical assistance from Totaku Industries Inc., Japan – world’s largest manufacturer of Kanaflex Suction Hose. With many years of industry experience, today Dutron has emerged as the most reliable name in the plastic pipe industry.

During 1980s, Dutron further expanded to manufacture and market Braided PVC Hoses and Flat Delivery Hoses which was again first time in India as convenient and economical alternative to rubber hoses. During 1990s, HDPE Pipes & Fittings and Rigid PVC pipes & fittings manufacturing facilities were built with world class technology. Decade of 2000 saw further growth of Dutron and addition of CPVC Pipes and fittings to its product basket.

Today, with four decades of expertise in plastics processing, Dutron group has emerged as a leading manufacturer and supplier of plastic pipes and fittings in India. It is a BSE listed public company since 1994. 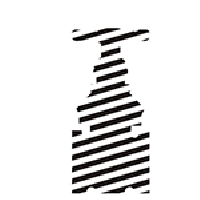